Generation of poems with a recurrent neural network

In this article, I will present the structure of a neural network (NN) that is capable of generating poems. Neural networks are the technology standing behind deep learning, which is part of the machine learning discipline. The main value of this article is not to present you with the best possible artificially generated poems, or the most advanced state of the art NN architecture for generating poems, but rather presenting a relatively simple structure that performs surprisingly well in a quite complicated natural language processing (NLP) task.

If you are a machine learning (ML) practitioner, understanding the structure of this network could give you ideas on how to use parts of this structure for your own ML task.

If you are willing to start developing NN by yourself, recreating this network by yourself could be a good place to start. This network is simple enough to build from scratch, as well as complicated enough to require the usage and understanding of basic training techniques.

Next, we will see related works, some real predictions that my neural network has made, and then see the network structure. 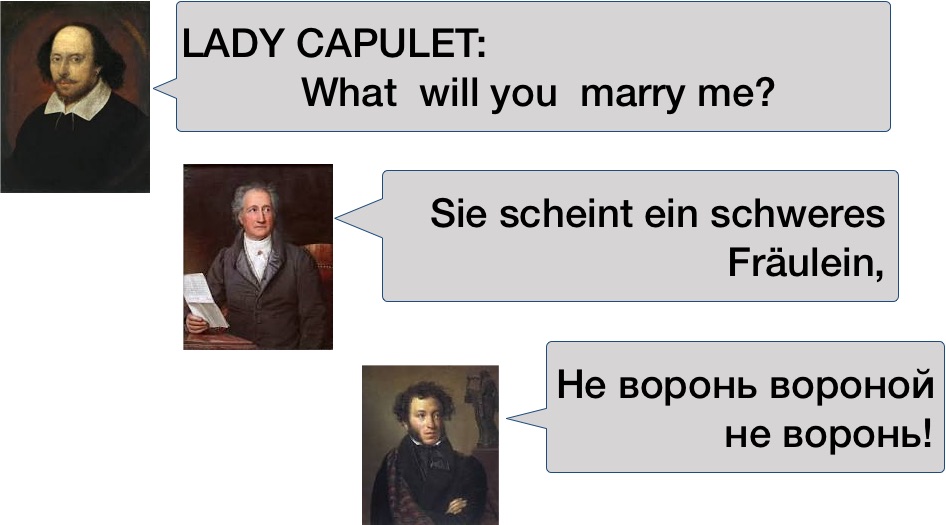 The project was presented at the M-AI SUMMIT 2018 in Munich. Watch the video to discover more about it or continue reading the article…

Andrej Karpathy [1] has a very interesting article about poem generation with RNN. His article provided the background and motivation for this writing. Karpathy´s implementation uses Lua with Torch, I use Python with TensorFlow. For people who are interested in learning TensorFlow, the code behind this article may be a good reference implementation.

Hopkins and Kiela [3] propose more advanced NN architectures that strive to generate poems indistinguishable from human poets. Examples of poems generated by their algorithms can be seen here [4]. Ballas provides an RNN to generate haikus and limericks here [6].

As a first step, let’s rephrase the problem of writing a poem to a prediction problem. Given a poem subject, we want to predict what a poet would write about that subject. 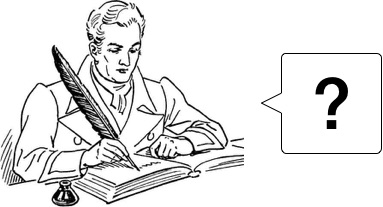 As a second step, let us break down the large prediction problem into a set of smaller ones. The smaller problem is to predict only one letter (character) that a poet´s would write following some given text. Later we will see how to predict poet’s writing on a subject using one character predictor.

For example, can you guess what would be the next character here?

This is an easy riddle to solve for two reasons:

Let’s try another one:

Here we want to guess the first letter of the new sentence. This is much harder, because many grammatically correct variants are possible, and it is hard to know which variant Shakespeare would choose.

Prediction of the next character

A good candidate for this kind of task is a recurrent neural network (RNN).

A recurrent neural network is a neural network with a loop in it. It reads input one character at a time. After reading each character xt it generates an output ht and a state vector st, see Figure 6. The state vector holds some information about all the characters that were read up until now and is passed to the next invocation of the recurrent network. A great explanation of RNNs is provided by Olah [2].

Now let us see some examples of the real predictions that my NN has made. Figure 8 shows the example input, the expected output, which is the input shifted by one character right, and the actual output.

The actual output does not match exactly the expected output. This is natural because otherwise, we would have an ideal network that predicts with perfect accuracy, which is not the case in practice. The difference between the expected and the actual prediction is called error or loss.

During training, the NN is improved step by step to minimize loss. The training process uses training text to feed the network with pairs of input and expected output. Each time the actual output differs from the expected output, the parameters of the NN are corrected a bit. In our case, the training text is the collection of Shakespeare’s works.

Now let us see more examples of the predicted characters, and in particular how the prediction improves as the training goes. Figure 9 shows a sequence of predictions after a different number of training steps.

Here, the input string is “The meaning of life”. After 4,941 steps, we have 11 incorrectly predicted characters (marked in red). After 34,587 steps, the number of prediction errors fell to 7.

Generation of the entire poem

At the beginning of this article we focused on a smaller problem of predicting one character of a poem, now we are coming back to the larger problem of generating the entire poem. So having a trained RNN at hand that can predict one character, we can employ the scheme depicted in Figure 10 to generate any number of characters.

Figure 10: Generation of many characters

We can look at the above scheme from a different perspective, see Figure 11.

This perspective is used in machine translation systems. There, an encoder encodes a sentence in a source language into a vector representing its meaning. Then, the decoder decodes the meaning vector into a sentence in a target language. 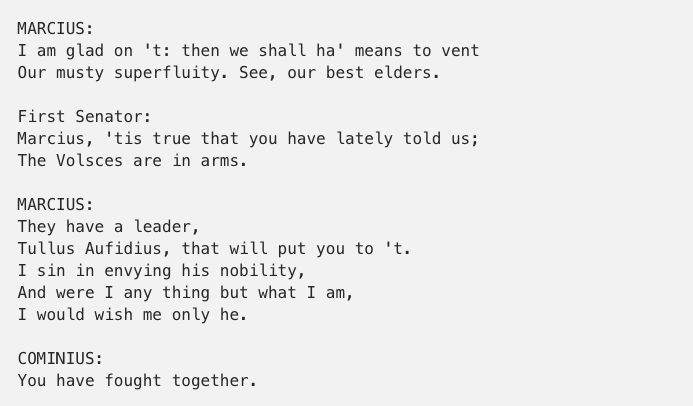 This is just the beginning of the training process. All the network parameters are initialised to random values, and still remain at this state. Therefore, the output is just a random collection of characters.

We are 5 minutes in to the training process, at step 140. The network learned the distribution of characters in English text and outputs the most frequent characters, which are: space, e, n, r, and o

Here we start to see correct sequences of correct words: "the fort of the hands", or "the world be the worth of the".

This is as far as this networks can get. After 19 hours of training process reaches its limit, and the output does not improve any more.

This is an output of an RNN trained on Goethe’s Faust. The output is taken after the training process reached its limits. 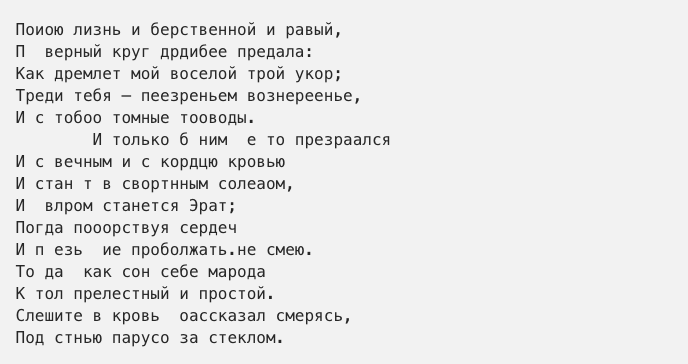 The same as above but trained on Pushkin.

We have seen a recurrent neural network that can generate poems. We have seen how the network output improves as the training process goes.

If you are interested in repeating this exercise by yourself, the code behind this article can be found at: github.com/AvoncourtPartners/poems. The network is implemented in Python using TensorFlow.

[5] CuratedAI — A literary magazine written by machines, for people.

Blockchain: A Revolution in the Supply Chain?